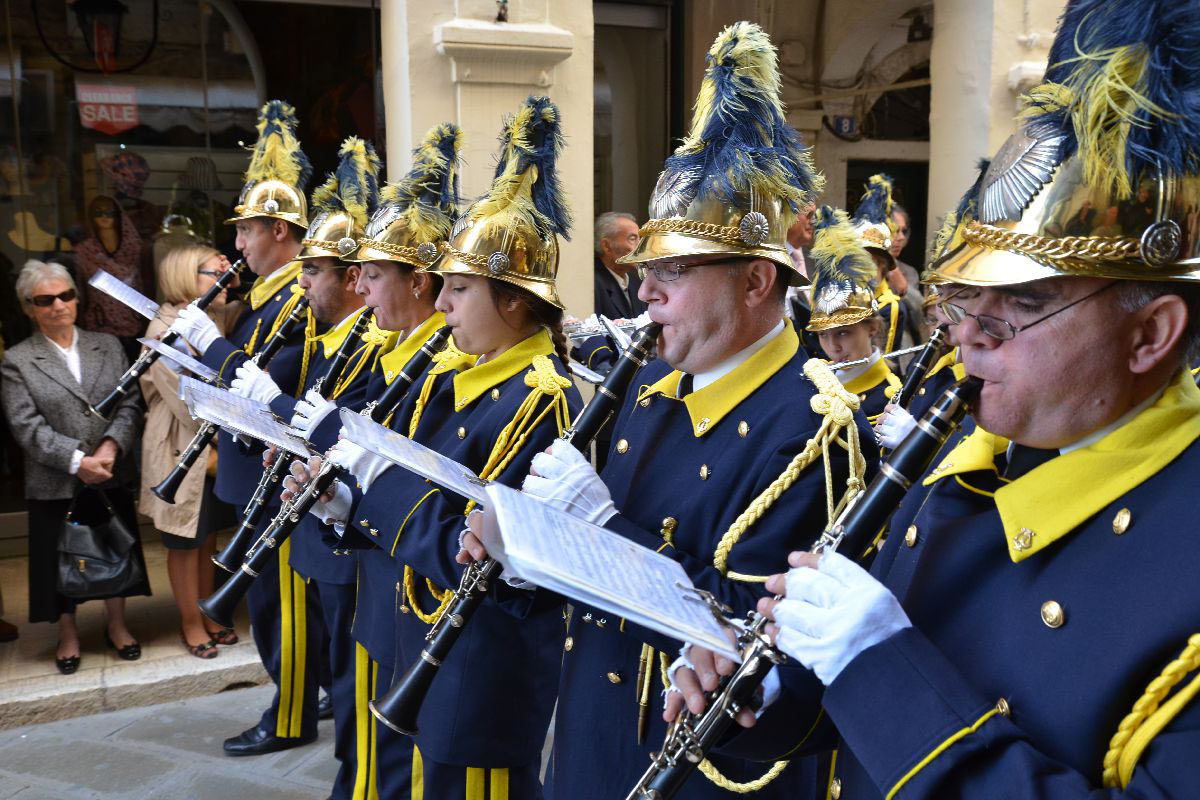 They say that in Corfu the chances of finding a family, a member of which is not a member in one of the corfiot philharmonic bands are from slim to none. In every family there is at least one person who either plays at least one musical instrument or sings at a local choir ! Besides the corfiot philharmonic bands it is also worth mentioning: the Symphony Orchestra of Corfu , Corfu’s Conservatories, the bands that the locals or the Ionian University of Music students have created, the teams of the Ionian University and of course the local singers that solely sing traditional cantatas.

Let us not forget that after all music keeps us company at any time of our lives. From classical music that doctors suggest to pregnant women and the “happy birthday” song that everyone has been singing ever since childhood to song that are sung about marriages and in occasions of farewells or even at funerals! This type of art is a part of our everyday life (actually right now while i’m writing, I am listening to classical songs played by corfiot philharmonic bands!) in the car on our way to work, at work, at the stores where we go shopping and on TV.

Nowadays in Corfu you will hear music everywhere, on the streets, at the squares and at the little streets in Corfu town! You can even feel the music in the accent of the locals. It should be pointed out that music gives birth to culture and raises the educational level of people and helps makes a place special and different from another and Corfu island owes a large part of its culture to the corfiot philharmonic bands. 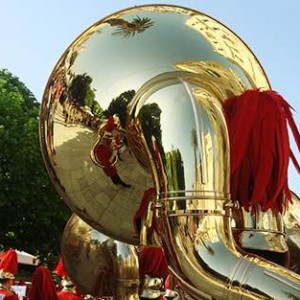 A tumba of one of corfiot philharmonic bands

The corfiot philharmonic bands, or just “bands” as we call them in Corfu, are a piece of my life  that I love a lot because I happen to be a member of a small one and it is like a second home to me after having spent many beautiful and creative moments in its premises all these years, are the cultural ornament of Corfu ! In a small island such as Corfu no one could think there could be this many philharmonics but their number reach to 17 ! Three corfiot philharmonic bands and the most famous ones are based in Corfu Town and are the following (according to date of establishment): The Philharmonic Company of Corfu (or else called “Palaia”, which means the old one), Mantzaros and Kapodistrias. Palaia, like its name suggests, is the first philharmonic band of Corfu and the oldest one in Greece. It was established in 1840 D.C. expressing the new reborn nation of Greece (that was only less than 20 years ago released from being under the control of Turks) and its intentions were to help creating an educated musical community. Some of the most important Greek composers are somehow connected to Palaia.

The famous song “Amleto” is Palaia’s most characteristic song and it touches every single Corfiot soul and every visitor while it is played on the day we celebrate the Patron Saint of Corfu, Saint Spiridon, or on Holly Saturday. On that Saturday morning both locals and visitors follow the corfiot philharmonic bands headed to Spianada Square to accompany the relic of St. Spiridon and feel the awe and the sadness the Week of the Passions Of Jesus Christ represents and get prepared for the first Resurrection (the local custom of throwing pitchers off the windows on Easter eve) and the very special celebrations we have in Corfu for that. Easter is a very big chapter and for that reason I should leave it to that and not talk about it in detail right now.

Other corfiot philharmonic bands are spread around the island and in most cases are named after the village that hosts each one of them: Gastouri (“Omonoia“) Skripero, Lefkimaion, Kontokali, Korakiania (“Spiros Samaras“), Sinaradon, Agiou Mathaios (“Lorentzos Mavilis”), Liapades, Kinopiastes, Lakones and locals on the North: Karousades, Avliotes and Thinalion. All the corfiot philharmonic bands take part in litanies, parades and the local events of the regions they belong to. Moreover, they host concerts and take part in festivals both in and out of Corfu, in that way promoting the tradition of their villages and of the island altogether and their artistic and cultural level. 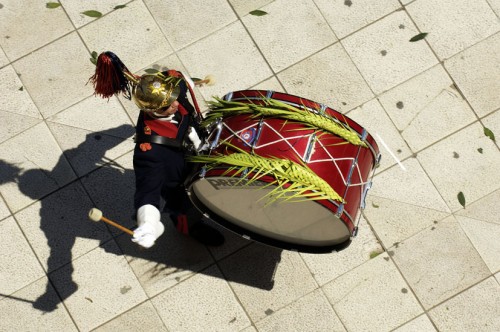 A great day on the island is what is called in Greek “Kiriaki Ton Vaion”, it is a celebration of religious matters one week before Easter and it is when all the corfiot philharmonic bands gather in Corfu Town to take part in the huge litany. Each band has its own costume, in different colours and usually with a little feathery top on their hat. On the day of May 21st when the reconnection of Corfu with the rest of Greece is celebrated, there is a parade in Corfu town, according to protocol the corfiot philharmonic bands start wearing their summer costumes that are mostly of white colour and of lighter fabric than the winter ones.

It is important to say that the lessons at the corfiot philharmonic bands are free of charge as the corfiot philharmonic bands are non-profit companies that teach theory of music, solfège and any instrument that a pupil may desire. In each band there are some subsets of musicians, the percussionists, the wind bands, the horn players etc and what are called “bantines“ a set that is consisted of only children! I should also say that tons of amateur musicians grew to become professionals and turned their hobby and love for music into profession.

In addition, besides the fact that the corfiot philharmonic bands promote and represent the island inside and outside the boarders of Greece, philharmonics from the rest of Greece and other countries come to Corfu and as the birthplace of culture that it is, it gives the opportunity to musicians and non to get to know other cultures and the melodies that are played in foreign places, to raise their musical education and listen to something special and different from what they have before.

Ending, I have to point out that music and the philharmonics are a way of life for the Corfiot musicians and that is because they spend a great part of their free time and lives learning music and that there is not one celebration on the island that the philharmonics aren’t there to entertain the people. The only assumption that I can reach is that Corfu is a model of musical education and evolution for the rest of Greece because Corfiots love music, they have musical education, tradition and they most of all love these philharmonics that work without making any profit and that make a great reason many tourists and artists want to visit Corfu.