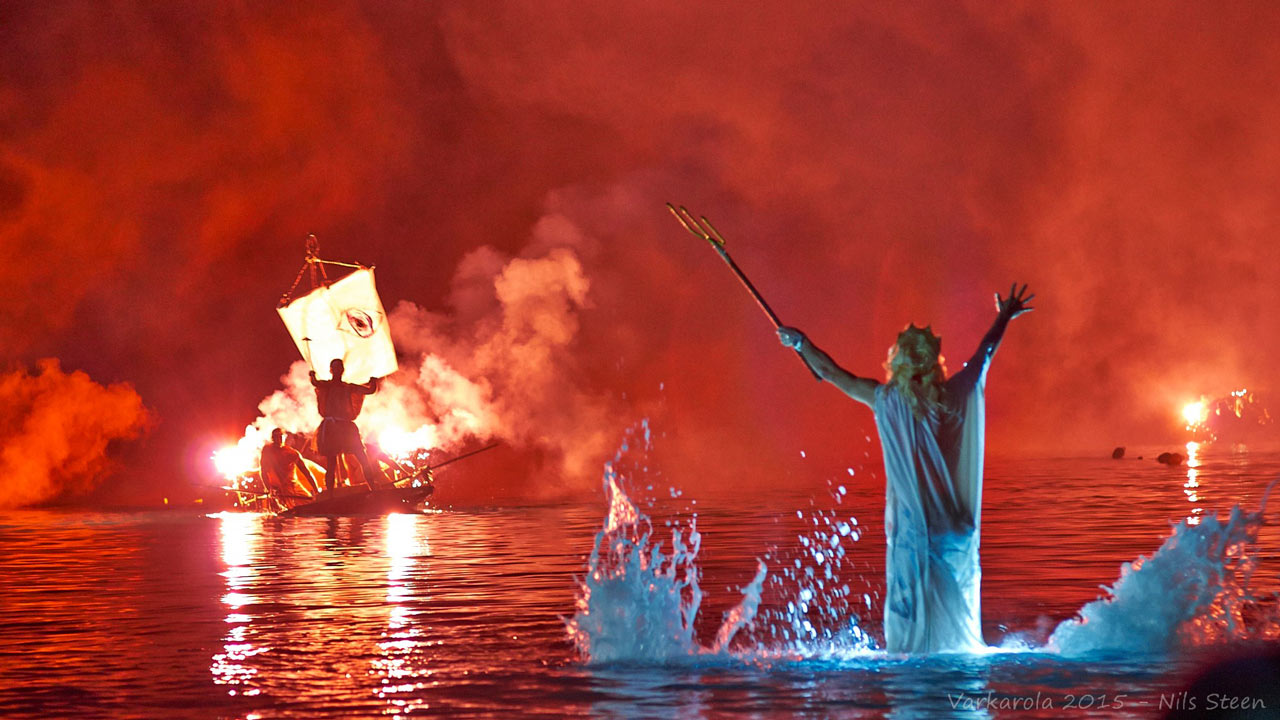 One of the greatest events during the summer in Corfu Island is Varkarola Palaiokastritsas. Varkarola is an annual event that took place for the very first time back in 1996 and represents the arrival of Homer’s Odysseus at Corfu Island. At the main beach of Palaiokastritsa, usually on the first weekend of August, the festival for which people from all around Corfu but also from other places and tourists get to Palaiokastritsa to enjoy, is is taking place under the moon and literally into the sea!

The story of the play is known all around the world. Odysseus is travelling towards Ithaca when Poseidon shipwrecks his raft at Corfu’s coasts. Being saved by Nausicaa, princess of Corfu island, he manages to get back to Ithaca, after receiving King Alcinous’ help.  In the chorotheatrical scene participate musicians, vocalists, dancers, cheerleaders and dancers on boats and on floating stages, along with the boatmen of Palaiokastritsa while fireworks end the festival. During the play and the narration (which is on both English and Greek) the famous song on Vaggelis Papathanasiou “The chariots of fire” is being played…  After Varkarola Palaiokastritsas a beach party almost every year takes place to continue the feast till the early hours of the next day!

Well, if you would like to join the event I would suggest you to go to Palaiokastritsa pretty early because most of the times, the traffic is high and the three large parking areas get full early enough every year. The best idea is to go to the beach on the afternoon, swim in the beautiful blue sea of Palaiokastritsa and get the best spot on the beach to enjoy both the beach and the festival, just when the sun falls.

On the area you will find cafeterias and restaurant and of course the organizers of the feast set up a kiosk selling souvlaki, beers, wine, beverages and other stuff

For more info about Varkarola of Palaiokastritsa, videos and photos, you may visit the official website www.varkarola.com